The Land Rover Defender has earned a reputation as a tough 4×4 ready to carry you over some gnarly rocks, across a river, or even to Costco – if you dare.  Load up your friends, load up your gear, top up with petrol gas, and cross your fingers that your trusty old Land Rover agrees with your desired departure and arrival timing.  But don’t worry, if it doesn’t, you can just chalk it up to a heavy helping of old world charm.

And as charming as expensive repairs might be, we’re kicking things up a few notches as we bring this particular 1992 Defender back to life with a modern fuel injected 6.2 liter LS3 V8 that puts out 430 horsepower.  Yes, that’s right, this thing is getting the heart of a Corvette and we know it’s sacrilege to some but most of you know it’s the absolute right thing to do.  The LS3 was found in 2010 – 2015 Chevy Camaros and 2008 – 2013 Chevy Corvettes and has earned a reputation for power, reliability, and efficiency. 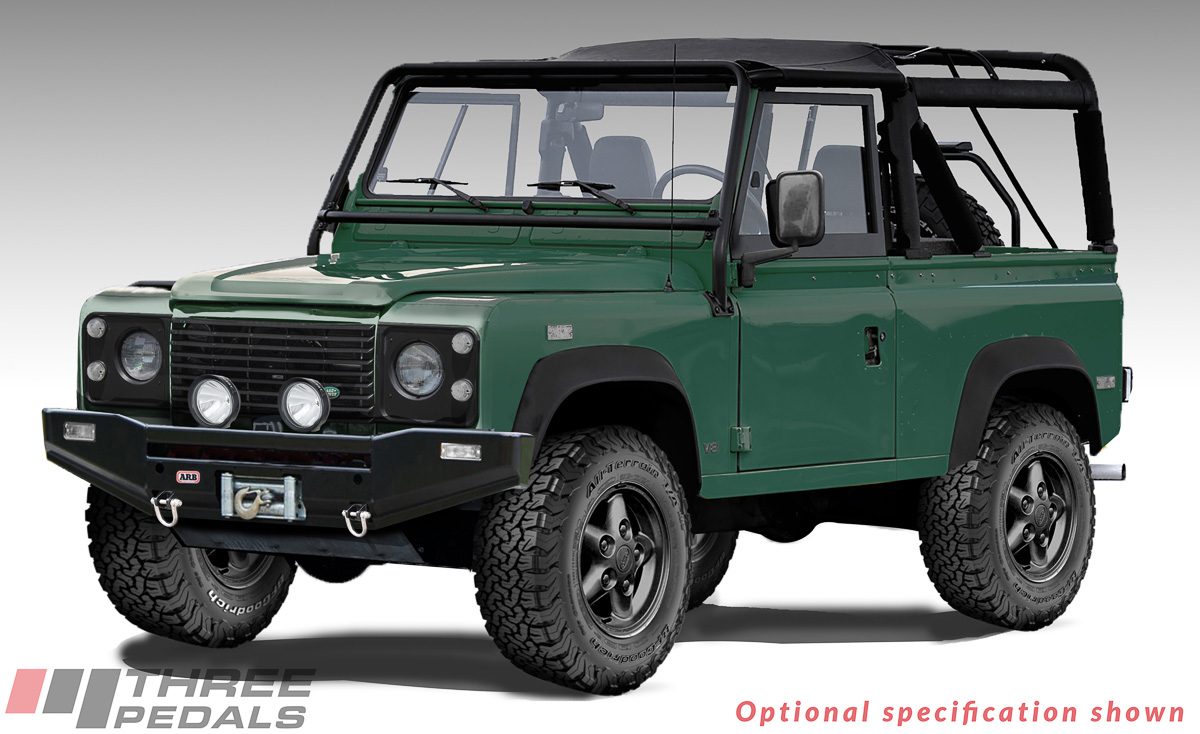 This Defender is available for sale by the owner and Three Pedals will build this truck exactly as the buyer wishes.  Our Basic specification for the truck includes:

Turnkey price is $89,500 for the Basic specification, which will look pretty much the same from the outside as the truck did before it’s bionic superhero transplant – like in these pictures below, except with a recent wash and wax.

Click here for a short video of the original truck.  And please contact us to discuss the details – we don’t mind if you keep reading below while you dial. 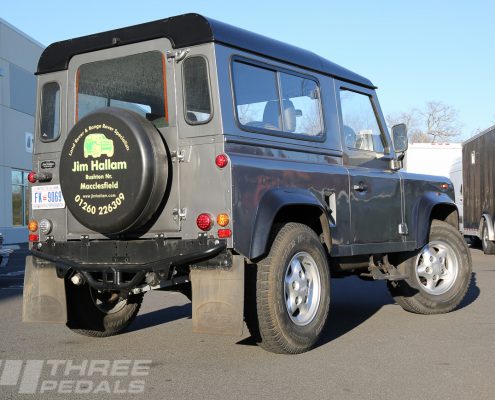 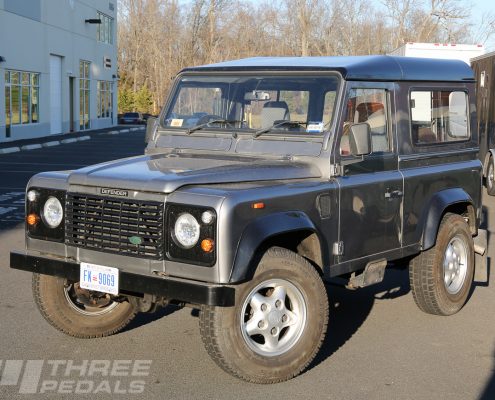 But wait, why stop there?  We love customizing, so cash out the ol ‘ 401(k) or sell something really valuable like all that Google stock you’ve been hanging on to and let’s build this thing!  If it were our truck it would look something like the green machine above.  If it were our truck and we were early Google investors we’d crank the dial up to 11 – like the murdered out gangsta below – with things like:

And inside we’d have: 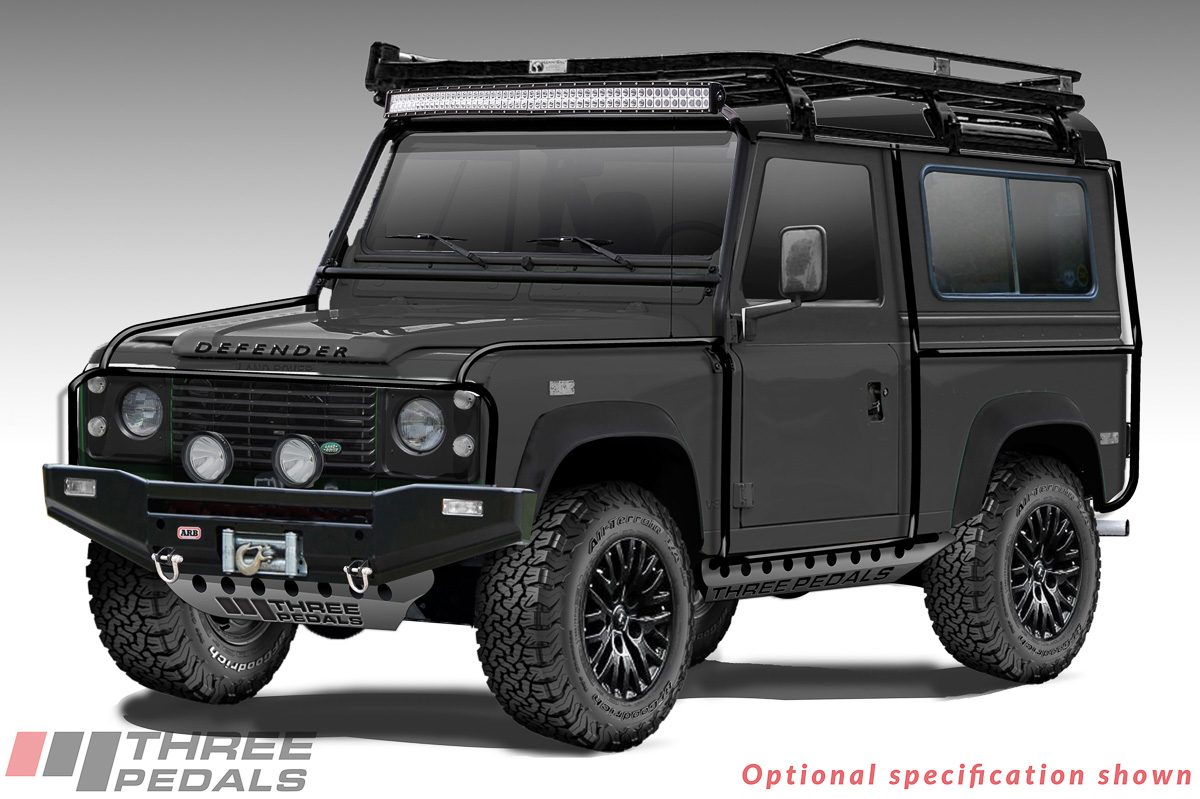 No matter which specification you choose we’re starting with a brand new galvanized chassis to give this Defender a better-than-new foundation – the galvanized coating will preserve the chassis and prevent it from rusting for several decades at least.  And here’s your free Land Rover factoid for today – the pre-production batch of Series 1s built in 1948 had galvanized frames, but for production Land Rover decided that would cost too much.  Rusted out frames are cheaper, for Land Rover.

For power, efficiency and reliability it’s difficult to beat GM’s LS3 V8 engine.  It puts out 430 horsepower out of the box and boy is it easy to crank it up further.  The LS3 runs an aluminum block and cylinder heads, which is fitting for the Defender – it and the old Series trucks featured aluminum alloy body panels, which was unusual at the time, and offered a Buick-derived aluminum V8 gas engine.  Part of the secret LS3 sauce includes computer-controlled port fuel injection which continuously self-adjusts to optimize power and efficiency.  The deep-skirt block with cross-bolted main bearing caps gives it tremendous strength.  LS engines are also fairly compact, fitting easily where Land Rover stuffed the aforementioned Buick-derived V8.

We know a thing or 3 about the LS engine family – the LS3 we hand built for our wagon puts out 500 horsepower and didn’t break a sweat on its way to winning the 2017 Holley LS Fest East burnout competition – but it did make the headers glow orange.

We mocked up the LS3 and Tremec T56 Magnum 6 speed manual transmission in that sparkly new frame for Holley LS Fest and we can’t decide which Holley intake manifold looks better, but we definitely dig the mint green engine color for that classic Land Rover vibe.  And if it were our truck we’d obviously have to run the T56 6 speed – this particular transmission was beefed up and converted for 4×4 use by the experts at Rockland Standard Gear – you know this thing is serious with a name like Tranzilla.

Please contact us to discuss this Land Rover in more detail. 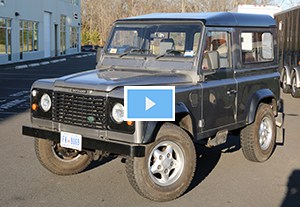 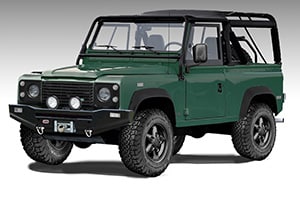